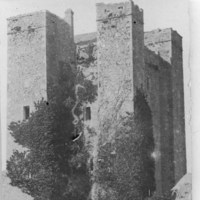 Pale. Dublin with the contiguous parts of Kildare, Louth, and Meath, was incorporated by King John as the English Pale, and the included townlands were divided amongst the English, who built a number of castles, the plain square keeps of many of which still remain. 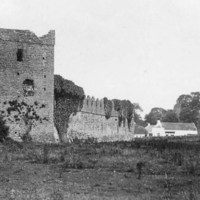 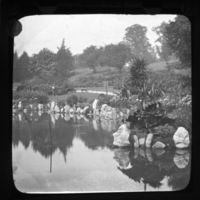 IN THE PEOPLE'S GARDENS, PHOENIX PARK.

Phoenix Park. This spacious and beautiful park, open at all times to the citizens, lies to the west of the city on the north bank of the Liffey [...] How to see the Park. Entering by the North Circular-road Gate, the Constabulary Barracks are seen to the right ; dismount and enter the People's Gardens to the left, crossing the valley between the two lakes ; on the plateau beyond is the statue of Lord Carlisle, 1873, and there is a good view of the ROYAL INFIRMARY. 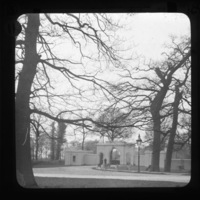 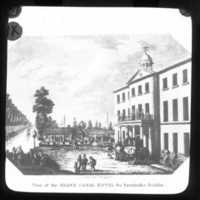 Portobello, 1 1/2 miles from the G.P.O., was in the olden time, while yet the CANAL-boat was the chief method of travelling, quite an important station, and a fine hotel was erected at the Canal Basin. [...] Little more than 50 years ago hardly a house was to be seen beyond the canal, but now many a village originally far beyond the boundaries of the city has become part and parcel of the RATHMINES Township.