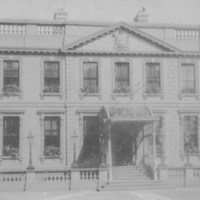 Mansion House, The, stands in Dawson-street, and is an unpretentious building, containing some fine apartments, in which the Lord Mayor entertains the citizens. [...] Within recent years the front of the Mansion House has been somewhat improved and a fine porch added. [...] It is worth notice that the Mansion House is a red brick building of the time of Queen Anne, the stucco facing being a modern addition. 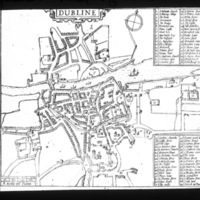 Maps. Not very many ancient maps of the city are in existence, and of those some are very difficult to procure. Chief among them are Speed's, published in 1610. 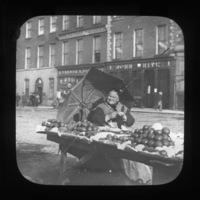 Markets. Dublin is not well supplied with markets, and many of the poorer dealers sell from barrows in the streets ; this is well seen on Saturdays. 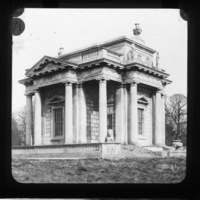 Clontarf [...] The most interesting object in Marino (after the woods, which are very fine) is the Temple or Casino [...] It was designed for Lord Charlemont by Sir William Chambers and is of richly carved Doric ; it is raised on a platform, and has a portico at each side with statues at the angles. 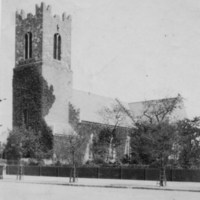 Matthew, Church of S., Irishtown. The parish of S. Matthew originally formed part of the parish of Donnybrook. [...] The restored church of S. Matthew is of cruciform shape, with lofty tower 95 feet high, open roof, lancet windows, large and spacious chancel, and occupies nearly twice the space of the old building. 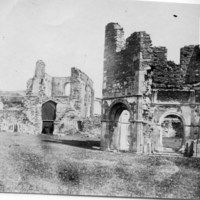 Mellifont Abbey, in Co. Louth on the border of Meath, is about 6 miles from DROGHEDA, and lies in a sheltered glen, through which the little river Mattock winds. The ruins consist of the so-called Baptistery, a very beautiful building, octagonal in shape, with semi-circular headed arches in each face. 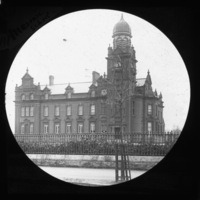 Masonic Orphan Schools. [...] the present school at Ball's Bridge was built, 1880-2. It is a handsome brick and terra-cotta building of Elizabethan design with corner tower and cupola ; it was designed by Messrs. McCurdy and Mitchell. Merrion Sqaure is the most beautiful of the Dublin squares, and is the largest after S. Stephen's-green. It contains about 12 1/2 acres, and was laid out in 1762, in which yeah the north side was commenced ; houses were being built up to 1820. Three sides are surrounded by houses, but the west side is faced by the Leinster Lawn with LEINSTER HOUSE, the NATIONAL GALLERY, and MUSEUM at the sides.